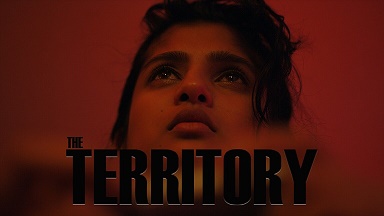 This past summer we had the opportunity to be a part of a great cause. A cause that would allow us to help other filmmakers expand the reach of their work and find new audiences.  As an independent production company we understand the many challenges and limitations of making movies. Therefore, to be in a position to support our film community and help it flourish into a sustainable market is a goal we are very committed to. So when S.W.A.M.P. and The Houston Film Commission partnered to created a Kickstarter campaign to help The Territory break into new markets we were more than willing to contribute to that effort. We are extremely happy to report that it was successfully funded! We hope the transition into new markets is smooth and swift. If you're not familiar with The Territory, it's the longest running television series on PBS that spotlights independent films and filmmakers in the great state of Texas.  The show was created in the mid-seventies by filmmaker and educator James Blue to provide an outlet for filmmakers to showcase their work. This iconic show was established before the internet and technology as we know it. It was one of the very few places where independent films could be viewed by the public and its significance is just as important now as it was back then.  We recently had the honor of having Make it Rain, a short film we produced, featured on the 36th season of The Territory. That achievement stands as one of our proudest moments to date. In closing, I want to say Congratulations to PBS, The Houston Film Commission, and S.W.A.M.P. for running a successful crowdfunding campaign. A SINCERE THANK YOU to the Houston Film Community and EVERYONE that donated to the cause or took part in making it happen. Be sure to check your local listings for The Territory show times. Happy Filmmaking To All! CHEERS!!!