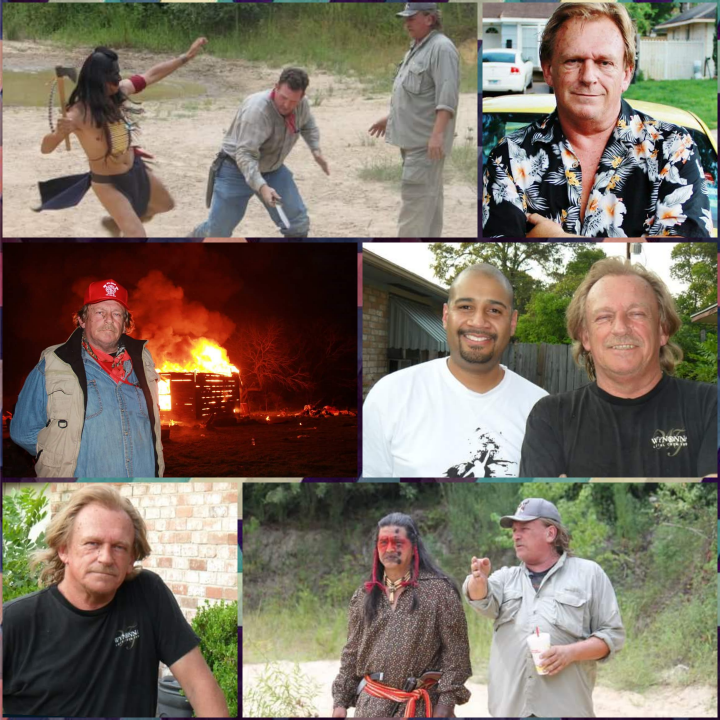 Today, I said goodbye to a good friend. I, along with dozens of friends and Houston filmmakers paid our respects to a man that helped our community thrive and made our movies look cooler.  He was funny, witty, knowledgeable, always outspoken, and fearless in more ways than one. I'm talking about the one and only Jackson Burns, more affectionately referred to as Action Jackson.  He was a well-known stuntman and stunt coordinator throughout the state of Texas.  He worked on everything from Television, to low budget independent films, to big budget Hollywood Block Busters.  In the film industry he was probably just another stunt guy, but to our Houston Film Community he was so much more than that. He was one of only a few experienced local professionals that committed his services to the growth of the Houston film scene. He was always willing to help you out in some way. Whether he volunteered his time and resources or just gave you some really good expert advice. You could always rely on Jackson to bring Hollywood quality production value and professionalism to your projects budget.  I have several fond memories of Jackson. Like the time I got to assist him on set in setting up a flame bar to our many conversations about stunts, pyrotechics, and the harsh realities of the film busness. I'm going to miss seeing you at film screenings, meet ups, and running into you on various movie sets. Your passing has left an emptyness in the heart of this community, but your contributions sustain our memory of you, and for that you will never be forgotten. I don't know what other things you might have achieved had you lived longer, I just know that jump to Heaven had to be the easiest stunt you've ever had to do. Rest well brother.